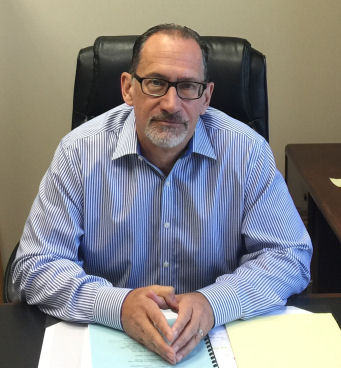 After graduating with Honors from Princeton University (1980) and the University of Pennsylvania Law School (1986), where he was also an Editor of the Law Review and had an article published, Joaquin Mendez completed a two-year federal judicial clerkship with the Honorable Thomas N. O’Neill, Jr., of the Eastern District of Pennsylvania. Joaquin then returned to Miami, Florida, where he became an associate at the law firm of Steel, Hector and Davis. For three years at Steel, Hector and Davis, Joaquin specialized in federal securities civil litigation and constitutional matters.

Since 1991, owing primarily to his great interest in constitutional law and the need to protect the rights of individuals against the powers of the government, Joaquin has concentrated on criminal defense, specializing in defending complex federal criminal prosecutions. He has appeared in over 300 federal criminal matters. In addition, his federal criminal courtroom experience includes over 75 jury trials, including several lengthy, complex, and highly publicized ones. Joaquin also has a great deal of experience before the federal Court of Appeals, having successfully handled several highly significant matters there as well. In 2001, he was awarded the Rodney Thaxton Memorial Award by the Florida Association of Criminal Defense Lawyers, which is given annually to an attorney or attorneys who “exemplify the principle of Equal Justice.” In 2002 he was named as the “Best Lawyer in Miami” by the New Times magazine. Joaquin also enjoys the distinction of being AV rated by Martindale Hubbell.

Joaquin believes that our constitutional rights will wither away if we do not vigorously assert them, and that nowhere are our rights under greater seige than in the criminal justice system. He is firmly committed to the view that anyone charged with an offense is innocent until proven guilty and has devoted his professional life to making sure that persons accused of crimes are treated with dignity and receive a fair trial or other resolution. Joaquin also deeply believes that persons convicted of criminal offenses are entitled to a fair sentence that takes into account that individual’s many good personal qualities and deeds as well.

Joaquin’s family includes three young adult children, of whom he is extremely proud. His hobbies include travel, literature and sports, especially cycling. He is a member of the Board of Directors of the Coral Gables Youth Center.

Joaquin was born in Havana, Cuba, and is fluent in Spanish.